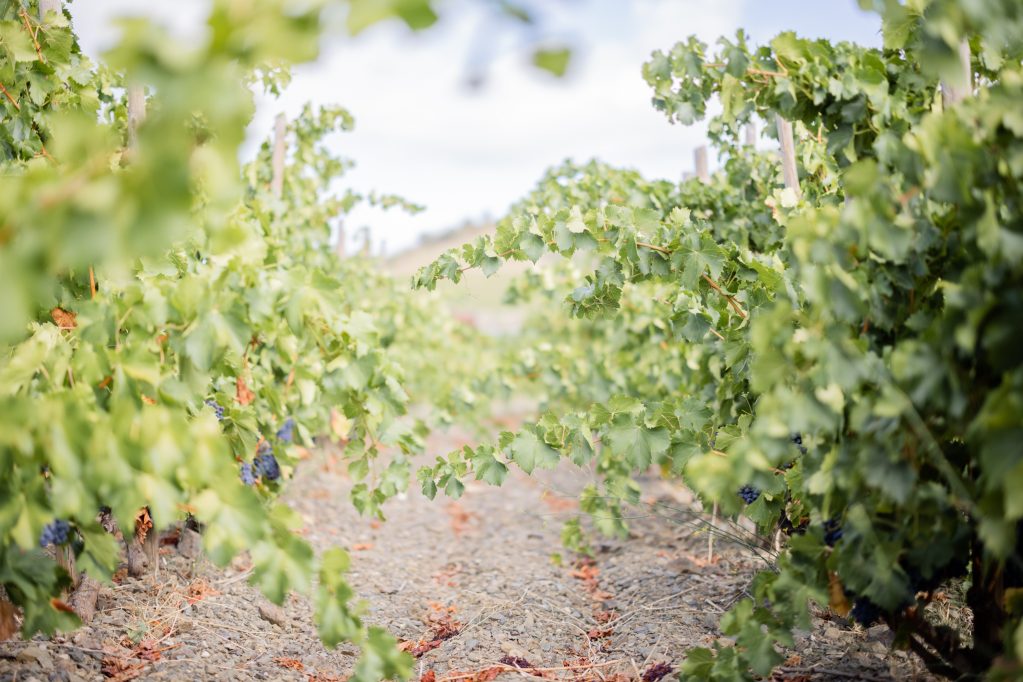 The harvest this year was marked by drought and high temperatures. We have had the warmest summer on record, far surpassing the famous summer of 2003. The harvest was earlier and faster compared to previous years, without affecting the quality of the grapes, which has been very good, both in terms of their health and for their analytical composition. All in all, “we have very a good feeling about the quality of the wines that will be released. We will get elegant wines with a lot of fruit and good structure,” says César Torrijos, oenologist and technical manager of BUIL & GINÉ.

The lack of water has been the dominant note throughout the plant’s vegetative period. The drought and high temperatures in the months of June, July and August have caused a slight decrease in grape production of between 15 and 20%, and the advancement of the start date of the harvest, from seven to fifteen days earlier depending on the varieties. Even so, the quality has been very good and the grapes have come in very healthy and with a good balance between ripeness and freshness, and a correct testable alcoholic strength.

At the same time, the ripening of all the varieties, except the Carignan, has been faster and in a more compact period of time, causing a fairly quick harvest, which lasted seven weeks, when normally the time it takes to get all the grapes in is around 9-10 weeks.

Thus, the harvest began on August 22 with Muscat and Merlot. The harvest of the rest of the white varieties followed, mainly white Grenache, but also Viognier and Pedro Jiménez. Then came Syrah and Cabernet Sauvignon; Grenache and Carignan. And as usual, the last varieties to be harvested were Grenache and Carignan from the old vines. Thus, we ended the harvest on October 5 with the Carignan harvest of two old vines (78 and 112 years old) in Gratallops.

All in all, it has been a positive harvest and a vintage capable of overcoming adversities: we continue to learn from and with the vineyard, which in the face of the obvious situation of severe drought in which we find ourselves, has once again shown itself to be wise and able to adapt to the varying climatic conditions, making the most of the scarce water from the rain, which has been very exceptional and irregular, to produce quality grapes with a good degree of ripening.